After a few teases about the upcoming arrival of Immortals Fenyx Rising’s first expansion, A New God, Ubisoft has finally unveiled that the new content will land on January 28 and add new characters, gear, and other new content. Similar to other games published by Ubisoft, news about Immortals Fenyx Rising’s post-release content hit the internet in the days leading up to the open-world games’ December 2020 release.

Sometime after the A New God DLC arrives, the second expansion, Myths of the Eastern Realm, will be available with a unique playable character in tow. The second chunk of content should take fans away from Ancient Greece to turn their heads on a brand new realm focused on Chinese mythology. In the meantime, the third and last expansion, The Lost Gods, will take players back to Greece, though, it will also introduce a brand new character for players to take the role of.

In a recent post on the official website of Ubisoft, the company confirmed that A New God will arrive on all platforms this Thursday, January 28. The forthcoming content will force Fenyx to overcome the Trials of the Olympians, all created by the Gods themselves. 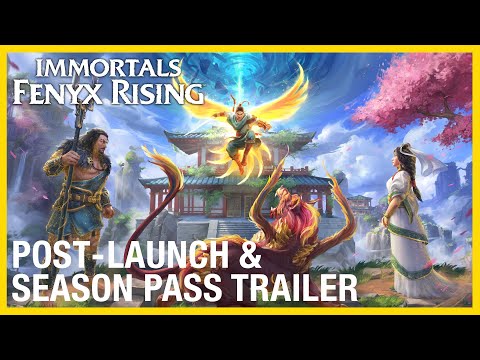 While taking on these challenges, players will get the chance to explore the Olympos Palace and an entire myriad of new gameplay features. Players can expect to unlock four extra ability upgrades as well as a new armor set. Supposedly, the latter will grant amazing perks such as one that lets Fenyx pull off more jumps.

In spite of standing out as one of 2020’s biggest surprises, Immortals Fenyx Rising didn’t make much of a scene in the market. Hopefully, the inevitable launch of new content will result in the game getting another chance at stealing the spotlight.

Will Fans Be Getting a Third Season of The Asterisk War?