Kick Back and Relax with Rust’s New Boat Update

Facepunch Studio’s Rust is known to be a ruthless sandbox game, that’s why this latest update will catch you by surprise. Well, except for the fact that you can now smack someone to death with a paddle, the update is pretty much relaxing.

For this month’s update, boat venders have been added to Rust i.e. there are now fishing villages available where you can purchase boats. The rowboat, for instance, will cost you 250 scrap, while the inflatable one costs 400. 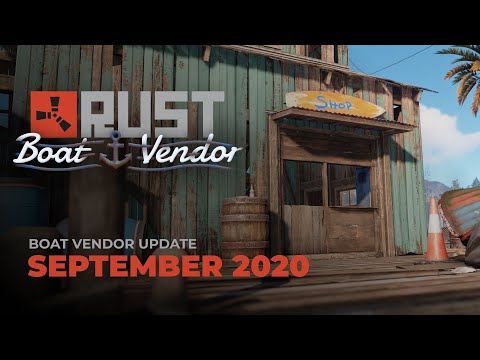 For these new fishing villages, Facepunch Studio added three to the game, all of which vary in size. These villages are known as safe zones, so any kind of violence is prohibited. In fact, any signs of hostile action will result in death.

Among the many new items you will find in these fishing villages are scuba gear, as well as a kayak. To be fair, calling it a kayak is a bit generous, given the fact that it basically looks like a bunch of junk.

Nevertheless, it does the job well. Just like the Sunburn DLC boogie boards, you will be able to put the kayak on the water once you’ve crafted it. With your new mode of transportation, you can use the kayak to paddle your way down the coast.

In the event that you do get attacked, you can use your paddle as a weapon. Well, the paddle is basically a rusty spade with some piece of metal attached to the end, so it’s not surprising that you can use it to hurt your enemies as well.

In order to travel using your kayak, pressing LMB means you paddle left, while RMB means you paddle right. This means that if you want to move forward, you have to alternate between these two paddles. Paddling backward is also possible by holding the back key, which is the S by default.

The devs have also confirmed that players should expect more NPC villages like this to be added in the future. There are countless new features added to this latest Rust update, so you can check out their DevBlog for a more detailed account.

Respawn Entertainment May Be Working On New Project