You may not know this, but The Legend of Zelda franchise actually has a very strange spin-off series that was released on a completely different console. Specifically, there were three The Legend of Zelda games that were released on the Philips CD-i, namely, Link: The Faces of Evil, Zelda: The Wand of Gamelon, and Zelda’s Adventure.

This series was made possible due to a licensing agreement between Philips and Nintendo, allowing the former to use the latter’s characters for third-party titles. This is something that’s not commonly done today, partially because the CD-i games turned out so badly.

The aforementioned titles are well-known for their extremely bizarre cutscenes and side-scrolling mechanics. What makes things even stranger is the fact that the highly-beloved Link comes fully-voiced.

As years pass by, these games earned a notorious reputation in the video game community. Thanks to an amateur developer though, curious The Legend of Zelda fans were given the opportunity to experience the CD-i games again or for the first time.

Linux: https://t.co/k6gp8HOIZC
Win: https://t.co/dQNm7sitvM
Features include widescreen mode, remastered mode for less frustrating play, subtitles, touched up sprites, unlockables, and more. They are not 1:1 remakes, with many differences, but I believe they capture the spirit.

Assets were ripped by the community, testing done by close friends, and special assistance by an amazing fellow (who wishes to remain private) that without, this project wouldn't be possible. Big shout out to @geibuchan for amazing work creating custom sprites for an unlockable.

The developer in question goes by the name Dopply on Twitter, where he shared download links to the remade versions of Link: The Faces of Evil and Zelda: The Wand of Gamelon.

These two games were enhanced with brand-new features that weren’t available on the original version, such as subtitles, better controls, and widescreen support. According to the developer, it took him four years to work on this project.

In addition, he stated that he decided to create these re-imagined versions in order to “fulfill an in-joke between friends” as well as to teach himself about game development. Dopply added that “the programming got a little rough” but it was a great learning experience.

He also put together a short trailer video to showcase the several changes and improvements to interested players. You can check it out below: 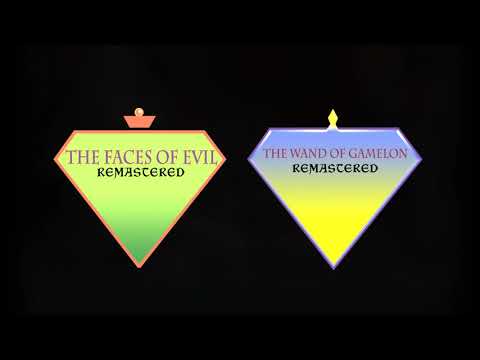 That being said, it’s definitely very interesting to see just how different the gameplay mechanics of the CD-i games are compared to the usual titles that have been released by Nintendo. Even the older Zelda titles by Nintendo looked nothing and played nothing like the CD-i titles.

The animated cutscenes look rough, as if the footage came from the aftermath of a cartoon that got stuck in its planning stages. In addition, being able to put a voice on the ever-silent Link is something that just didn’t sit quite well with many of the franchise’s fans.

Nintendo has always been known for being way too protective of its games, so much so that it would usually shut down any fan projects that gain traction. For instance, fans were recently upset with Nintendo for forcing a Smash Bros. tournament to get canceled simply because the event would have used a third-party multiplayer software.

However, it seems that the company will be giving the Philips CD-i games a free pass this time around, especially since Nintendo doesn’t seem to have any plans on acknowledging that these games even exist at all.

Unfortunately, Dopply only put the games up for a few hours, and now they’re no longer available for download. On the bright side, there are tons of playthroughs available to watch on the internet, so players who missed Dopply’s remasters can watch those instead.

Disgaea 5: Complete Will Be Free For A Limited Time on Nintendo Switch