Nintendo confirmed post-launch support for Mario Golf: Super Rush as part of their annual E3 2021 Direct, including free characters and courses via DLC. Super Rush is the first new Mario Golf game since World Tour in 2014 and the first console game since Toadstool Tour in 2003.

Camelot has added a Speed Golf option to the game, which allows several players to race towards the end of courses at the same time while dealing with Mario-themed character powers and other obstacles. A Golf Adventure mode with role-playing aspects is also available, in which players take on the character of a Mii and compete against other golf students in the Mushroom Kingdom.

There are already a large number of Mario characters in Mario Golf: Super Rush who have never appeared before in the franchise. Pauline is hitting the links after making her mainline Mario series comeback as the mayor of New Donk City in Super Mario Odyssey. Along with veteran Mario nemesis Chargin’ Chuck, King Bob-omb, the first boss of Super Mario 64, is taking up the clubs and joining the league. The game’s courses offer anything from Mario-themed locales to more conventional greens.

During the Nintendo Direct section for Mario Golf: Super Rush today, the publisher stated that golf fans will have more characters and courses to look forward to after the game’s June 25 release. These courses appear to span Super Rush’s many modes, which include a more traditional golfing experience, Speed Golf, and Battle Golf.

The sole new course shown in the trailer is Mario banking a shot off a building in New Donk City, and the speed pad on the cement green suggests it will be available in the game’s more bizarre modes. There are no further confirmed additions at this moment, but based on the DLC plans for Mario Tennis Aces in 2018, users could expect numerous releases.

Mario Golf’s long-awaited comeback to the Nintendo Switch fits perfectly with other Nintendo’s E3 surprises this year. Nintendo showcased clips for Advance Wars, WarioWare, and Crusin’ during the Direct, all of which are old Nintendo mainstays that have been out of the spotlight for a long time. 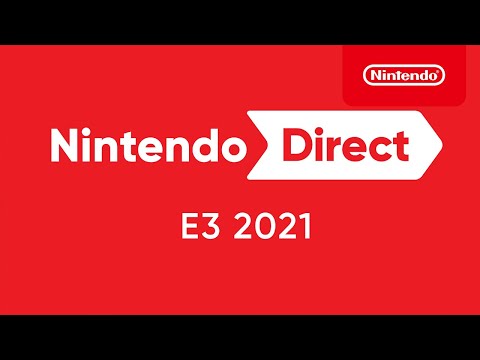 Sega joined in the fun with the announcement of Super Monkey Ball: Banana Mania, a recreation of the original three Super Monkey Ball games for a variety of platforms. It was a display packed with returning favorites for any old-school Nintendo enthusiasts.

Mario sports lovers won’t have to wait long to get their hands on Mario Golf: Super Rush after a final presentation at this year’s E3. The game will be released on June 25th, and further information regarding Nintendo’s DLC plans will be released soon. Camelot’s newest game has a lot of golf in it, from the single-player down to Earth experience to the full-fledged Mii-centric RPG adventure. It should assist in kicking off the Switch’s now-completed 2021 timetable and keep Nintendo fans excited in the months ahead.