Today, Nintendo held a livestreamed Nintendo Direct event to showcase forthcoming titles for the Nintendo Switch. The first gameplay reveal trailer for Bayonetta 3 was released by PlatinumGames, while Nintendo announced that N64 games would be arriving to the Switch Online service shortly. Even Monster Hunter Rise, the newest mainstream entry in the action RPG series, was teased with a brand-new expansion.

Monster Hunter Rise was released on the Nintendo Switch in early 2022 to rave reviews, and Capcomn has been steadily adding new quests and items to the game. Still, the upcoming paid expansion Sunbreak will give hunters even more material.

Fans didn’t get to see much in the way of gameplay in the Creature Hunter Rise: Sunbreak reveal video, but it did show off one of the new locations that players will be able to explore, as well as a scary new monster that will create trouble for hunters. Capcom hasn’t revealed any specifics on the beast yet, but the firm says that more information, as well as other features, will be revealed shortly.

The Sunbreak expansion for Monster Hunter Rise will include more than simply new monsters and weaponry. The DLC will have an entirely new plot, new gameplay mechanics, new places, a new quest rank, and more, according to Capcom. The original game already has over 100 hours of material for players to delve through, and this long addition appears to have the potential to quadruple that. 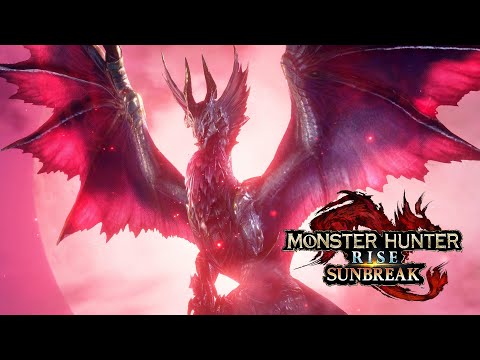 It’s only natural for Capcom to expand Monster Hunter Rise’s content after the game has sold almost 10 million copies. There will undoubtedly be even more sales if the new expansion is released on the same day for both Switch and PC. Monster Hunter Rise is already a strong contender for Game of the Year in 2021, and Sunbreak may be one of the finest DLCs of 2022.

The year ahead looks promising for Nintendo Switch users, with Bayonetta 3, Splatoon 3, The Legend of Zelda: Breath of the Wild 2, and Kirby and the Forgotten Land all set to arrive in 2022.