The president of Nintendo of America, Doug Bowser, denied the rumors of a possible release of the Nintendo Switch Pro in a recent interview. Although the Switch has a relatively slow year, there have been plenty of first-party games that launched earlier this year including Pikmin 3 Deluxe, Paper Mario: The Origami King, and Animal Crossing New Horizons.

Just a few days ago, the extremely popular online multiplayer title, Among Us, was revealed and released on the platform. It didn’t take that long for the game to become a bestseller on the Nintendo eShop, either.

Even though the Nintendo Switch has had a quiet year in terms of first-party support, that didn’t stop fans from buying the console last November. The hybrid system even outsold the highly sought PlayStation 5 during its release month.

In a recent interview with Doug Bowser on Polygon, the president of Nintendo of Americas shut down rumors of a Nintendo Switch Pro. When questioned whether the company was considering the much speculated Nintendo Switch Pro, Bowser replied by saying that Nintendo is dedicating its efforts to the standard and Lite editions of the console as of now.

As the president stated himself, “the momentum on Nintendo Switch and Nintendo Switch Lite in the fourth year is strong.” Because of these consoles’ success, Bowser said Nintendo doesn’t see a need to make a Switch Pro when the standard and Lite editions are still performing well. 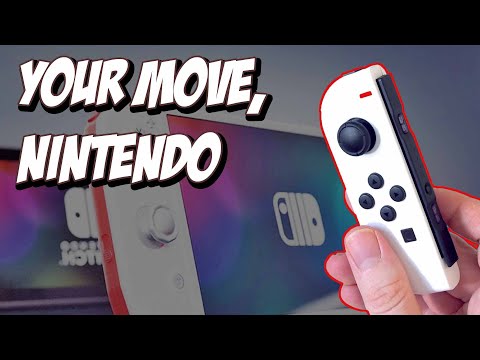 Although it may be frustrating to some players that a Switch Pro isn’t coming soon, it does make sense that Nintendo didn’t have something like this currently in the works. Nintendo has never truly been a hardware-forward, technologically remarkable company.

The company is more focused on making fun games than boasting visual and technological prowess. After all, there was no such thing as a Wii U Lite or even a Wii U Pro, for that matter.

Because Nintendo is also seen as more of a family-friendly company, it’s reasonable that it’s committing itself totally to the Lite and standard Switch versions. The Nintendo Switch Lite, specifically, is intended for children and younger customers, as well.

A Switch Pro, from this perspective, likely wouldn’t sell as much as the Lite edition. A Switch Pro would be an interesting prospect, but the Nintendo Switch is still a robust console that can hold on its own.

Pokemon Go: How to Catch Reshiram