Nioh 2 is finally coming back into the spotlight following a huge revelation from Koei Tecmo. The publisher just announced that a Nioh 2 Remaster and Complete Edition package will be coming in 2021, alongside confirmation of the much-awaited PC port. With PC players finally getting the chance at developer Team Ninja’s Souls-inspired samurai sequel, PlayStation 4 fans are still waiting on some exceptional DLC expansion.

Koei Tecmo confirmed that while PlayStation 5 and PC owners will have to wait until February for a Nioh 2 complete bundle, existing PS4 owners won’t have to wait that long to finish the journey. Nioh 2’s The First Samurai DLC expansion will be released on December 17 and will be the final of the three confirmed expansion packs.

Plenty of #Nioh news today with DLC 3 – The First Samurai, Nioh 2 Complete Edition and The Nioh Collection for PS5! Make sure to catch up with all that information on the latest PS blog available here.#PlayStation Blog | https://t.co/QrrImb6STi pic.twitter.com/6feRjuOKq1

The First Samurai expansion is advertised as something Nioh fans don’t want to miss out on. Based on the official PlayStation Blog website that revealed the release date, the expansion will give a “thrilling conclusion”.

The expansion’s story will witness the hero go back in time to one of the most memorable moments of samurai history. The name of the expansion itself hints at the very legend that emanated the first samurai as told to the hero by her mother.

Beyond the story, the main factor that will probably drive the interest of Nioh fans is the debut of a new difficulty mode. With Nioh 2 still highly considered as a Souls-like game, fans are always finding a more difficult time.

The December launch of The First Samurai comes more than nine months since the sequel of 2017’s Nioh launched back in March. The first DLC for Nioh 2 was called “Tengu’s Disciple” which launched at the end of July, followed by “Darkness in the Capital” DLC last month. Each expansion introduces a plethora of new content such as new storylines, enemies, weapons, armors, and missions that rekindle the burning spirit of the samurai. 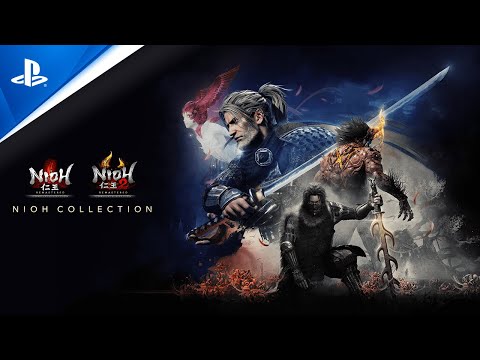 While PS4 players have the last expansion pack to look forward to, those who have never tried the hype of Nioh’s Oni hunting action can rectify the problem in February 2021. While the abovementioned Nioh 2 Complete Edition will hit the PlayStation 5 and PC, the PS5 player base will receive something extra.

PS5 owners will also be able to purchase a remaster of the original 2017 Nioh. It will be part of the Nioh Collection bundle for the PS5 which includes the two Nioh games as well as all its DLCs. In addition, owners of Nioh 2 on the PS4 will have a free PS5 upgrade. This means Nioh 2 will join the growing list of free next-gen upgrades so existing fans won’t feel left behind with a remaster coming a couple of months after the last expansion.