Overwatch will be free to play on the Nintendo Switch for one whole week beginning October 13. The event is to celebrate the first anniversary of the famous online shooting game’s arrival on Nintendo’s hybrid console.

Blizzard has had a long-running history of giving free trial periods for its popular first-person shooter, and it’s simple to see why. Overwatch is one of the gaming studio’s most successful titles and it even remains one of the most prominent games in eSports.

Overwatch has inspired the birth of the hero shooting genre such as the new famous shooter Apex Legends which is being developed to add a crossplay feature soon. Free trials are a great way for developers to increase a game’s player count and give fans a taste of the game before they invest time and money into it as well as the possibility of getting them hooked on the concept. It is a tried and proven business strategy. 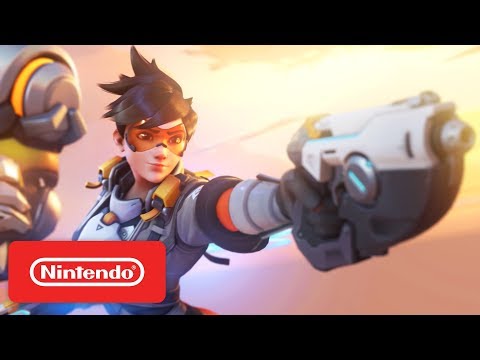 And it’s one that Blizzard is trying to enforce again, in a somewhat more exclusive capacity. The official Twitter account of The Nintendo of America has revealed that Overwatch will be free to play for a week exclusively for Nintendo Switch Online subscribers starting October 13 until October 20, 2020.

This month is specifically effective for free trials like this such as the time when Overwatch held an extremely successful Halloween event which is now being celebrated every year since it was launched. While this year’s Halloween rendition has not been revealed yet, Nintendo Switch users are hopeful that they can join the festivities during the duration of the free trial.

It’s intriguing that this new free trial event is exclusively for the Nintendo Switch because the game is available on all other consoles and the PC. The Switch port for Overwatch received mixed reviews when it was released last year, so this might be a way for Nintendo to recover their sales from a frustrating launch.

On 10/13 until 10/20 at 11:59 PM PST, #NintendoSwitchOnline members can experience the full version of @PlayOverwatch!

Fight for the future in intense 6v6 team battles, using a mesmerizing lineup of heroes, weapons, and powers to claim victory!https://t.co/D6XNvODP5B pic.twitter.com/05EWzSjgJX

On a more optimistic side, Overwatch’s developers have revealed that they are open to including characters from the game appearing in Super Smash Bros. Ultimate. Following the reveal of Steve from the Minecraft game as the next expansion character and his coincidental release at the beginning of Overwatch’s free trial, the identity of the next featured character is up for grabs.

Accommodating the Overwatch free trial can be a way for Nintendo to increase interest in the game among Nintendo players in anticipation of one of Overwatch’s heroes appearing in Super Smash Bros. Ultimate’s roster.