Panzer Dragoon Remake is a sensational new portrayal of the hit Sega Saturn title which is now confirmed to be coming to the PlayStation 4 and PC after it was released earlier this year on the Stadia and Nintendo Switch.

The full Panzer Dragoon franchised has now achieved cult status thanks to the peculiar condition of a couple of its releases and its one-of-a-kind gameplay experience. The original game was a Sega Saturn launch title and was followed up with another game for Tiger’s failed R-Zone handheld console. 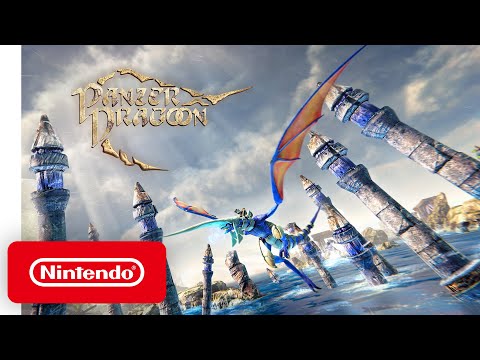 Panzer Dragoon Saga, an RPG spinoff of the franchise, was launched in really low quantities that it now costs a few hundred dollars for a copy for anyone who’s lucky enough to even find one. Panzer Dragoon Orta was a late-blooming hit on the classic Xbox console. Luckily, this game is now supported on the current-gen consoles thanks to backward compatibility.

The Panzer Dragoon games primarily consist of rail shooters where players take control of a dragon and its rider. Swiping the cursor across the screen makes the dragon lock on targets and are taken out through different forms of dragon fire.

This feature was recreated in the remake and garnered multiple mixed reviews during its release on the Nintendo Switch. Now, MegaPixel Studios – Panzer Dragoon Remake’s developer have announced that the game will be coming to the PlayStation 4 and PC in the near future.

📢First up: Steam, GOG, and PlayStation 4📢

Follow us to get the latest news about the Panzer Dragoon games 🐉 pic.twitter.com/kRduv1NmGl

In a post on their official Twitter account, the developers explained that the game will be released on both GOG and Steam which means fans who want the DRM-free edition will be able to get it that way. This will be the first time that any of the Panzer Dragoon titles have reached its way to the PC in North America.

Thankfully, this will not be the last game of the series to get a similar wide release. Forever Entertainment, who has been licensing the IP from Sega, has already confirmed that the Sega Saturn sequel, Panzer Dragoon II Zwei, is also getting a remake.

Forever Entertainment also mentioned that Panzer Dragoon Remake will be coming to the Xbox and that it may be released through the Xbox Game Pass.

HyperX Cloud Stinger Core Wired Stereo Gaming Headset – Save Up To $20 On...