Thanks to a leak, Persona fans have known about the English release of Persona 5 Strikers for a couple of days now. Now, Atlus has officially confirmed that the game will be released to Western fans on February 23, 2021 for PC, Nintendo Switch, and PlayStation 4.

The announcement trailer was previously leaked, but any information about preorders wasn’t included in the leak. Even though Persona 5 Strikers won’t be available until early 2021, interested fans will be able to preorder the game starting December 10.

The official website specifically states that preorders will go live on December 10 at 4 PM PST / 7 PM EST, while those who follow the GMT timezone can start preordering on December 11 at 12 AM GMT. 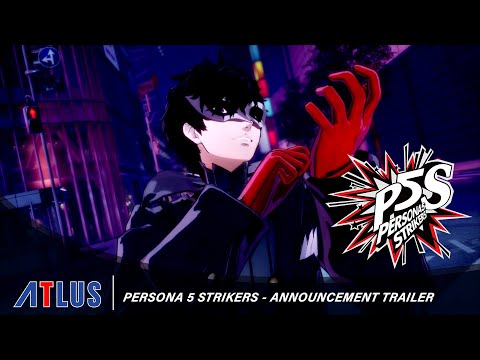 In line with this, Atlus also included a few details regarding the game’s preorder bonuses as well as additional content, although this information has since been removed from the site. Fortunately, many fans were able to spot these details before they were taken down.

First and foremost is the Launch Edition, which will be available on all three aforementioned platforms. This edition will contain a digital soundtrack that has more than 40 songs, along with an exclusive behind-the-scenes video and a digital artbook.

Exclusive to the Switch version of the game is a Steelbook Edition, which has everything from the Launch Edition but with an additional steelbook case. It’s worth mentioning, however, that this addition appears to only be available on Best Buy.

Lastly, there’s the Digital Deluxe Edition for PC. This one comes with all the extras from the Launch Edition, including the Persona Legacy BGM & All-Out Attack Pack DLC. Players who get this edition and consequently this DLC will be able to enjoy extra battle themes from previous titles such as Persona 4 Golden and the original Persona game.

Since the Digital Deluxe Edition is only available for PC users, hopefully Atlus will release the DLC as a separate download so that PS4 and Nintendo Switch players can experience it too. In line with this, those who preorder from GameStop will be given an exclusive pin of Joker, the protagonist of Persona 5.

For the unfamiliar yet interested gamers, Persona 5 Strikers — also known as Persona 5 Scramble: The Phantom Strikers in Japan — is considered to be Persona 5’s sequel and reunites the members of the Phantom Thieves of Hearts for a road trip.

However, as expected, things just don’t go as planned. Strange incidents begin to take place during what was supposed to be a relaxing outing, and the Phantom Thieves soon discover a brand-new realm wherein peoples’ hearts are being taken away.

As a result, the group returns to action in order to take back the stolen hearts and get to the bottom of these incidents. Deviating from the usual RPG setup of Persona, Persona 5 Strikers will instead have similar gameplay to the Dynasty Warriors franchise.

As a matter of fact, the game is even developed by both Atlus and Omega Force, the latter being the same studio that worked on Dynasty Warriors. That being said, RPG elements from Persona 5 will still be present in this game, so there’s no need to worry.