After disappointing feedback of the upcoming game’s graphics and one Ubisoft branch jumping the gun a few days ago, the development team has formally announced that the Prince of Persia The Sands of Time Remake has been postponed.

After numerous speculations, Ubisoft finally disclosed its plans to remake its iconic game Prince of Persia The Sands of Time at the Ubisoft Forward event a few months ago. The hit title initially debuted back in 2003 to critical acclaim, but all have not received well with the coming remake almost decades later.

While the Prince of Persia games are not as productive as the other series under Ubisoft such as Assassin’s Creed, the longstanding franchise has a dedicated gaming community behind it. Most recently, the titular Prince of Persia was featured in For Honor as part of an exclusive event as well as in Ubisoft’s VR Escape Room, Prince of Persia The Dagger of Time. 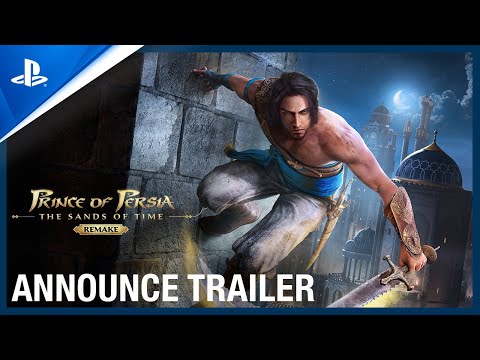 However, these cameos are not what fans of the franchise are after, and the latter game was met with decent critical and player responses. The leak and the following reveal of the Prince of Persia The Sands of Time Remake was a welcome turn of events for players, epitomizing the hype that the original provided during its launch 17 years ago, but many held skepticism after the game’s graphics didn’t appear to be on par with what fans come to expect for a game in 2020.

Sadly for those expecting a January release of the remake of Prince of Persia The Sands of Time, they will have to wait a little longer. After a recent leak on a now-removed post on Facebook, an official announcement posted on the Prince of Persia Twitter account has been disclosed, verifying that the game will be pushed back by several months.

An update from the Prince of Persia: Sands of Time Remake dev team: pic.twitter.com/zKCoJPkzmM

Mentioning that “2020 has been a year like no other,” the post goes on to explain that the game’s developers of Prince of Persia The Sands of Time Remake will need more time to polish the game and “ensure we deliver a game you like.” The post then continues to thank its dedicated fans for their “patience and continued support,” revealing that the new release date for the game will be on March 18, 2021.

The game’s delay to March is not a considerable one in the grand scheme of things, especially when compared to other games delayed this year. Crunch culture has become unfortunately commonplace within the video game industry, with developers like CD Projekt Red and Naughty Dog recently coming under fire for their unhealthy work environments to get games launched in time. While Ubisoft has yet to reach its own moment in the industry’s increasing crunch spotlight, there have been some reports of abuse and misconduct within the company this year.