Starfield Confirmed To Be A Purely Singleplayer Game

The past couple of months have been pretty hectic for Bethesda Softworks and Zenimax Media, its parent company. Probably the most shocking news was when it was revealed that Microsoft acquired the company for $7.5 billion.

In other words, Microsoft and consequently Xbox now have exclusive access to a library of high-quality titles, such as The Elder Scrolls, DOOM, Wolfenstein, Fallout, and a lot more. On the other hand, Bethesda now has access to new resources as well as funds that will aid the studio in developing its upcoming games. It’s pretty much a win-win situation.

Although the games that Bethesda is currently working on won’t be released anytime soon, Director and Executive Producer Todd Howard has shared a couple of details that will give the fans an idea about what to expect.

During the recent Develop: Brighton Digital conference this year, one of the highlights was Todd Howard and his career so far. The session lasted for about an hour, in which Howard talked about how he began as a developer and his start at Bethesda. 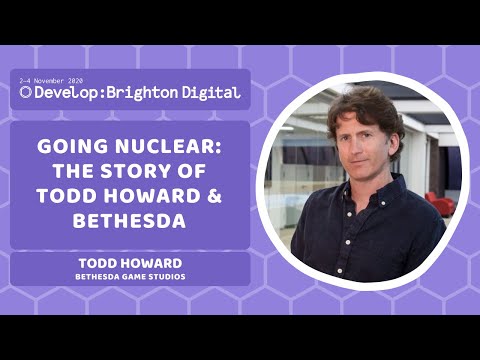 He also discussed the countless games that have been created in that studio, as well as some of the creative decisions made for popular titles such as Fallout and The Elder Scrolls. Near the end of the interview though, Howard briefly touched upon what the future has in store for the studio, along with some of its upcoming games such as Starfield.

Here, Howard confirmed that Starfield will no longer follow the Fallout 76 model. Instead, it will return to the roots of Bethesda and its older titles by making Starfield a completely singleplayer game. In other words, you won’t be able to find any kind of multiplayer aspect featured in the upcoming title.

Among other things, Bethesda is planning to give Starfield and The Elder Scrolls 6 NPCs a more significant role. In addition, the studio wants to expand on the games’ maps and make the cities bigger and wider than ever before.

Fans will also be happy to know that the Creation Engine has been considerably revamped for the next batch of games that will be released.

Previously, there were rumors circulating that Bethesda had an engine change due to discovered LinkedIn listings. However, Howard confirmed that changes have been made in the studio, such as character animations, procedural map generation, rendering, and so much more.

According to the Executive Producer, the change in technology is quite huge. In fact, it would be safe to say that it’s bigger than the changes that were made from Morrowind to Oblivion.

That being said, Howard has said that the release of Starfield won’t happen until a few years from now, despite all these new and exciting information. Besides, everyone is still quite curious to know if Starfield and The Elder Scrolls 6 will be available on other platforms, especially since the studio is a part of Microsoft now.

Players have been wondering this for some time now, and even other people with authority such as Phil Spencer have been unable to answer it. Hopefully, these games will remain available to multiple platforms so that a wider audience will be able to experience them.