Ever since the first official reveal for The King of Fighters 15 was released a few months ago, character trailer announcements have been a regular routine from developer SNK. As gamers continue to guess who will make its debut in the game or if their favorite characters will make the cut, a few remarkable trailers display what fans can look forward to as The King of Fighters 15 launches later this year.

The first character trailer was released nearly three weeks ago revealed Shun’ei, the main protagonist of The King of Fighters 14. The character trailer was generally criticized strongly, citing the trailer displayed very little of what the hero could do, playing out more like a slideshow instead. 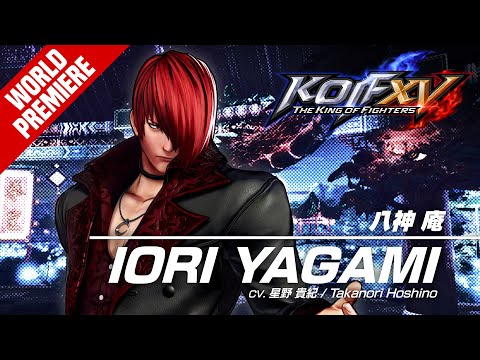 The following trailers enhanced the quality significantly, with Meitenkun the next week and King of Fighters seasoned Benimaru Nikado a few days ago. Benimaru’s reveal completed the Hero Team, joining Shun’ei and Meitenkun.

Last Wednesday evening, developer SNK released another trailer revealing one of its characters for The King of Fighters 15. This time, it’s Iori Yagami, a series veteran since his debut in The King of Fighters ’96. Since the original game, Iori has been included in each title in some form. Lately, he has made a cameo appearance in SNK Heroines as an alter ego called Miss X, following Terry Bogard who would make their debut in the same title.

The trailer features Iori in a new designer brand-like black jacket, with a matching vest, and iconic red pants. His fighting style is a lot similar to his original Orochi flames as well as his heavy rushdown gameplay displayed in The King of Fighters 13.

Fans of the series also observed that his new look in The King of Fighters 15 is somewhat similar to an old official promo art by Shinkiro, illustrating Iori in his session outfit.