Gamers hoping to purchase the Xbox Series S by Microsoft were surprised to learn about the system’s pint-sized SSD which only carries 346GB of storage space. A Canadian retailer has started shipping out Xbox Series X/S preorders, and some lucky buyers are getting the next-gen consoles earlier than anticipated.

The Xbox Series S is being boasted by the tech company as a low-cost way for players to still experience the next generation of gaming, although with less powerful hardware compared to the Xbox Series X in a very much “you get what you paid for” situation.

Microsoft acknowledges that games launched on the Xbox Series S will not have all the improvements and changes that the Xbox Series X would have including ray tracing and 4K resolution. However, for a lot of prospective buyers and preorder holders, this is a tolerable trade-off.

Received it 1 week early !! From the source (Canada) feeling really lucky ! Hope all of you receive it soon! from XboxSeriesX

After Reddit user spead20 was lucky enough to get his Xbox Series S earlier than others, he shared an image of the new console online. spead20 posted the image to a dedicated Xbox Series X/S subreddit to show off his new system and answered a few curious commenters’ burning questions, most were about preorder delivery dates.

After being asked about the Series S’ available storage space, spead20 honestly responded that the console’s SSD’s actual usable storage space is only “364GB for games and apps”. To put in context, another Reddit user, TheFearlessWarrior, reminded everyone that “That’s 2GB more than OG Xbox One.”

This is the second time players were surprised by how much usable space a next-gen console really has. A few weeks ago, the PlayStation 5’s SSD was revealed and fans noticed its significantly smaller SSD space compared to the Xbox Series X’s, and the announcement was met with a lot of similar criticisms. 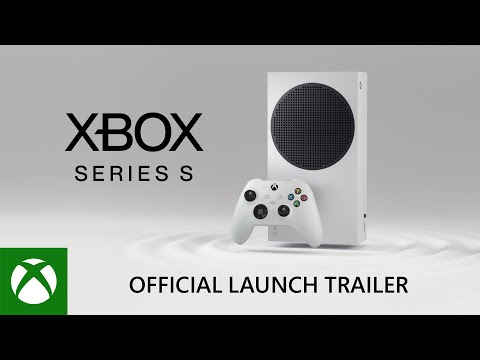 PlayStation is trying to get a hold of future problems by launching expandable SSDs and supporting several third-party SSDs. Meanwhile, Microsoft is taking a somewhat identical approach with its next-gen consoles, as owners will have the opportunity to purchase expandable SSDs directly from the company, but will cost them a jaw-dropping another $220.

It’s no mystery that Microsoft is depending on its xCloud service to support the Xbox Series S. However, the meager storage space is still bothering players. While the company might be able to guarantee first-party games to take the proper steps to make sure a smaller file size for the Xbox Series S, the same cannot be ensured for third-party developers.

For instance, Call of Duty Black Ops Cold War currently has a 50GB install size, but this is only for its multiplayer and also doesn’t include data for future updates. Next-generation titles are going to get gradually larger as developers release additional textures and features to their games and continue to abandon compression, but it doesn’t appear that the next-gen consoles will be up for the challenge at launch.

Microsoft will almost absolutely release some kind of upgraded Xbox Series S in a few years, just as it has done with its current-gen consoles, but the question is if fans will want to spend over more than half of the asking price of the console just for an SSD expansion during the lengthy wait.