Recently, Mexican indie studio Ogre Pixel put up a Kickstarter campaign for their upcoming title Lonesome Village. Their initial goal was only $19,939, but they already hit their goal after 24 hours, raising up to $39,903 and counting.

Lonesome Village is a nice, cozy place that’s currently struggling to rebuild itself together after it got hit by a horrible calamity. You get to play as a coyote named Wes, who tries to help bring back the village from the brink of destruction.

The art style of the game is not only adorable, but it’s pleasing and inviting. It gives you a nice sense of warmth. Solving puzzles isn’t the only way you can help the village, though. You can also grow your very own garden or fish in the lakes.

As you continue on in the game, you will be able to learn more about Lonesome Village’s history, as well as discover the hidden past of Wes. 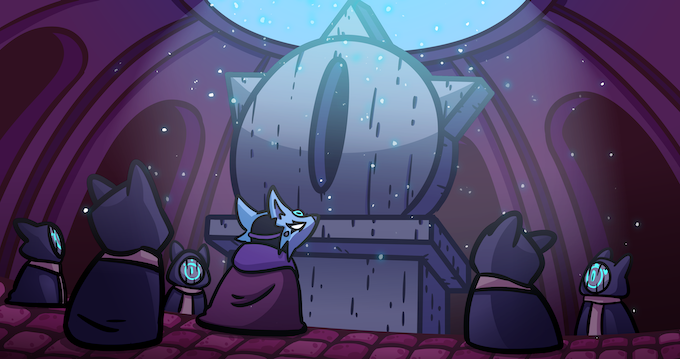 There was once a town called Ubhora that existed hundred of years before Lonesome did. It was a very happy and flourishing town. However, this town disappeared and people believe that The Cult – a group of wizards who wanted world domination- had something to do with it.

Years pass and Lonesome Village is situated on the same ground as Ubhora, with people from all walks of life residing there. All was well until a strange giant tower arose from the very ground they walked on.

Lonesome Village takes inspiration from well-known games such as The Legend of Zelda and Animal Crossing. We can definitely see the Zelda franchise in the puzzle-solving mechanics of the game, whereas the life simulation aspect is definitely from Animal Crossing.

The gameplay mechanics of Lonesome Village will be quite similar to classic RPGs. However, Ogre Pixel states that they will have a completely different approach to the life sim elements of the game, which will make it a whole new experience.

It’s also worth noting that the adorable puzzle-filled life simulator won’t have any combat whatsoever.

In order to make progress in the game’s storyline, you have to ascend to the top of the tower. However, it won’t be as easy as it sounds as you will encounter all kinds of puzzles that you have to solve.

Each chamber has an animal friend that you have to save, and you won’t be able to move on to the next level until you do so.

As for the life simulator part of Lonesome Village, you get to discover and explore the different areas that the village has to offer. Also, you get to make Lonesome your new home, so this means home customization!

You have to help Wes make his new home more comfortable and cozy by decorating the interior of his house with all kinds of items that you can acquire through either finding, building, or exchanging.

Fishing and gardening are also activities you can do while you’re in Lonesome, which is definitely a great way to spend the day if you’re not working your way through the tower.

Lonesome Village is currently still in development, but it’s scheduled to launch around mid-2021. The game will be available on Steam and Nintendo Switch, but for now, you can try out a demo.

Where To Beskar Steel In Fortnite