According to COD Tracker, the Modern Warfare in-game store page leaked that the beta testing for Black Ops Cold War will start on October 8, 2020, for PlayStation 4 players. Similar information was also posted on Call of Duty: WW2 in-game store thus confirming its authenticity.

The developers previously announced that the Black Ops Cold War beta will go live first on the Sony PlayStation and will be followed by the other consoles. Although the leaks didn’t reveal the full schedule of the beta, it’s easy to determine the rest of the schedule by looking at the previous Call of Duty betas.

Assuming the beta will run for two weekends, the PlayStation 4 pre-order beta will likely take place on October 8 and 9 and will be followed by its open beta by October 10 to 12. On the next weekend, October 15 to 16 will be the turn for Xbox One/PC fans to try the open beta. The full open beta for all platforms is expected to go live on October 17 and will end on October 19.

How to get a beta code

Call of Duty fans that are eager to try the new title will have to watch the Call of Duty League Championships today. This will be the first time Activision will be giving out 10,000 Call of Duty: Black Ops Cold War beta codes.

To become eligible for the giveaway, players must first create an Activision account and link it to their Xbox, Battle.net, or PlayStation accounts. After linking, all they have to do is to watch the Call of Duty League Championships at 4 PM ET today. 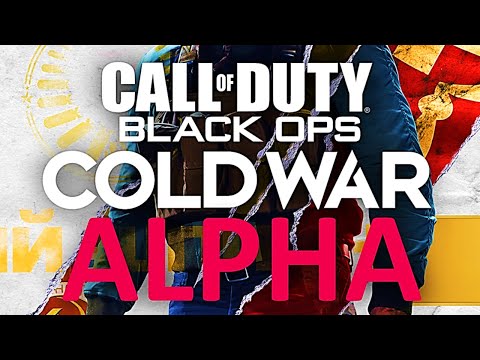 According to the developers, players must watch the stream for at least one minute to be eligible for the randomized prize draws. Winners will be drawn after each game and will be notified in the next 48 hours.

In addition to giving away beta codes, fans who watched the live stream for 30 minutes will receive a free CDL Champs Knife Blueprint. Players will also have the chance to unlock other rewards including stickers, sprays, and emblems depending on the length of time they have watched the stream.