The release date for Deltarune Chapter 2 was revealed during Undertale’s sixth-anniversary livestream, and it will be released on Friday, September 17. Toby Fox, the developer of Undertale, dedicated the live to the first game, honoring the franchise’s sixth anniversary with a Deltarune Chapter 1 gameplay streamed with Fangamer’s indie game merch lovers.

Deltarune Chapter 2 was initially believed to be set for a late 2020 release date by the Undertale creators, however this never materialized. Since then, Deltarune information has been scarce, save for a few pictures, and this silence lasted until Fox announced the Undertale anniversary broadcast.

A new line of Undertale stickers and future Good Smile Company Papyrus and Sans figures were unveiled in the lead-up to the event. The real September 15 broadcast, on the other hand, saved the best for last. 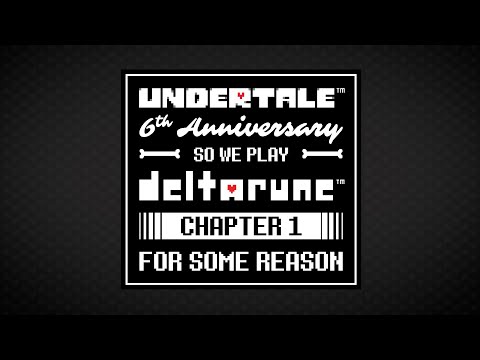 After the three hosts had departed the set, Fox and Fangamer dropped the big surprise at the end of the Deltarune Chapter 1 stream. The screen offered the options to “Keep Playing Chapter 1” or “Continue to Chapter 2,” as a plush of Undertale’s Annoying Dog slowly crept toward the controller on the sofa, representing Fox himself.

When you choose the second choice, you’ll get a brand-new video of Kris, Toriel, and Susie, as well as an official teaser for Chapter 2 of Undertale. Undertale Chapter 2 will be released on PC, Nintendo Switch, and PS4 on Friday, September 17 at 8 p.m. EDT, according to the video and Toby Fox on Twitter.

Throughout the show, Fox discusses a number of Deltarune influences. Perhaps as a gesture to those hoping for an unexpected Undertale 2, the designer says he intentionally designed Deltarune’s universe to “make it appear like Undertale.”

DELTARUNE Chapter 2 will release at 8PM ET on 9/17.
Thanks for waiting.https://t.co/dY8doW04bT pic.twitter.com/SJssTEF5gV

Several new items of series-branded products were also shown, including new mugs, a blue Sans sweatshirt, and miniature figurines of Undertale characters, including Sans, Papryus, Frisk, and Toriel, according to Fangamer.

Fox and Fangamer managed to cram a lot of interesting information about Undertale and Deltarune Chapter 2 into a fun and lighthearted clip. Years have passed since the publication of Deltarune Chapter 1, and the upcoming release of the second chapter of Kris, Susie, and Ralsei’s narrative appears to be on track to do the same.