There was a time when Microsoft eagerly pushed the Xbox Kinect. Initially a peripheral add-on for the Xbox One and Xbox 360, it was meant to be the company’s answer to the Nintendo Wii, offering motion controls without the use of a controller. Rather, Xbox owners can play games using their entire body.

While definitely creative, its fame ultimately died out, leading to Microsoft discontinuing the Kinect. Of course, this meant no more Kinect games, but shockingly, a forthcoming 2021 game launch has been confirmed to feature support for the Kinect and it’s not even a console game. 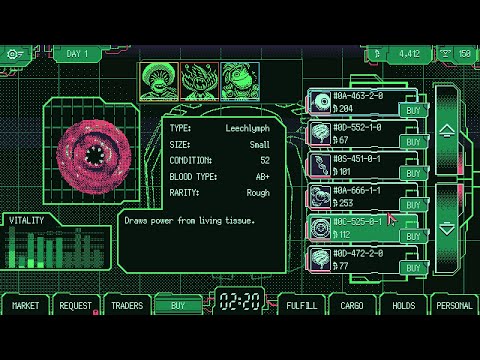 Space Warlord Organ Trading Simulator is a Steam game that was developed by Strange Scaffold and is generally what the name implies. Described as a sci-fi body horror market tycoon game, players will be forced to trade, buy, and sell human and alien organs. While the game can be played with just a mouse and keyboard, for unknown reasons, the developers decided to make it possible to play the game using the Kinect.

Its official Steam page doesn’t state anything about Kinect support, with this information exclusively announced by Rock Paper Shotgun. This might effectively make the game as the last Kinect title ever created, provided no other gaming studio decides to follow suit and integrate it into their own game.

Though the Xbox Kinect is no longer utilized for games in an official capacity, several modders have gone out of the way to add it to titles such as Super Mario 64 and Grand Theft Auto 5.