PC Version for Disgaea 4 Is Out Now 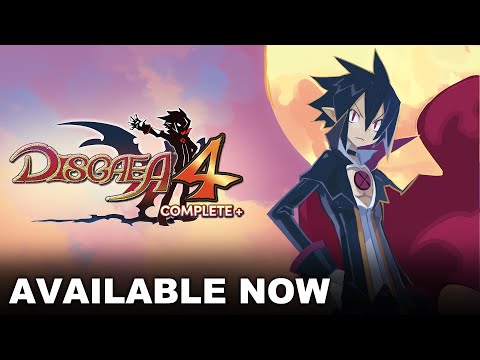 Surprise, surprise! Disgaea 4 Complete+ suddenly turned up on Steam today with no prior notice. The last time we heard about the game was in July, which was when it was announced that a PC version was coming.

In summary, Disgaea 4 is about a vampire who is leading a rebellion against no other than the President of the Netherworld. At the center of it all, however, the game is about watching numbers increase – as you unlock over 30 characters and try to reach level 9,999.

That being said, the PC version of Disgaea 4 Complete+ does not include the original game’s online capabilities. This feature allowed players to get on a flying pirate ship and invade the games of other players.

However, a developer posted on the Steam forum assuring fans that the online feature will make its way to the PC version at some point, although there’s no news as to when just yet. However, he promises to keep everyone updated as soon as there’s information regarding that matter.

We’re assuming that this is a completely different case than Disgaea 5’s PC port, as the reason for its lack of online capabilities is ‘irreconcilable platform differences.’ Currently, NIS America, Inc. is having a publisher sale on Steam, which means that the entire Disgaea franchise is on sale.

Initially released for the PlayStation 3 in 2011, Disgaea 4 Complete+ is finally available on Steam and is currently, as of writing, 25% off.

League of Legends: How to Acquire Samira’s Emote

Saints Row The Third Remastered Arriving To The Next-Gen Consoles