The Persona franchise is preparing to celebrate its anniversary this year, and it appears to be kicking the celebration off strong with Persona 5 Strikers. Dedicated fans have been waiting for the western release of Persona 5 Strikers for more or less a year, and now they don’t have to wait for too long anymore as the game is set to launch next month.

One thing that sets Persona 5 Strikers apart from the previous installments in the franchise is its combat system. Not only that, players will have the ability to quickly swap between four different Phantom Thief members, with each having their own unique abilities and skills.

To give fans a better idea about each character’s move sets, Atlus recently released a new trailer that showcases the different combat capabilities of each Phantom Thief, highlighting the unique attack style of each one. The fighting style of each Phantom Thief serves a particular style of combat—whether it’s the Queen’s close-ranged style, the Joker’s fast yet loose style, or the Panther’s magic-focused ranged style. There’s also Haru’s wide-sweeping axe attacks, and Yusuke’s Vergil-style Iaijutsu moves.

So, there are plenty of combat styles and move sets for players to choose from. 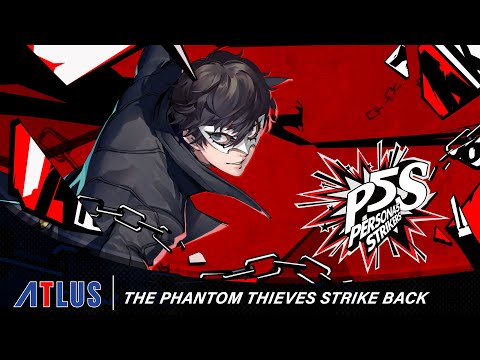 The new Persona 5 Strikers trailer essentially provides a quick montage of all the members and their abilities, giving fans an idea of what to expect when they finally get to personally experience the game.

There are seven original Phantom Thieves, along with two additional members who are new to this game in particular, and players can pick and choose between them when forming their perfect team.

Asides from their abilities, however, the new trailer also gives fans a quick look at the different jails, which play a huge part in the game’s plot and is essentially where the Phantom Thieves will be exploring. In other words, they serve as Persona 5 Strikers’ version of dungeons.

Although these jails look quite bigger and more expansive than the palaces in the original Persona 5, they still have the same visual styles and overall vibe. Despite being from two completely different genres, it’s nice to see that both titles still share that aspect.

As for why the Phantom Thieves have geared up once again, Persona 5 Strikers introduces a brand-new Metaverse, which is full of corrupted individuals who are twisting the desires of others, and it’s up to them to investigate and put a stop to whoever the mastermind is.

That being said, it’s worth clarifying that the upcoming title takes place several months after Persona 5, and not Persona 5 Royal. In Persona 5 Strikers, the group meets up for summer vacation, with the Thieves planning to go on a road trip.

However, before they could fully enjoy their trip, things go awry and they discover a new corruption that’s affecting society. As such, it’s up to the Phantom Thieves to traverse both Japan and the Metaverse and discover the secrets behind these mysterious jails.

While Persona 5 Strikers won’t have the usual turn-based combat style that previous Persona games utilized, its musou-style of combat doesn’t take away the fact that it shows great promise.