Pokemon Go January Community Day Will Be Dedicated To Machop

Pokemon Go has revealed that the Community Day for January will feature Machop. Community Days are exclusive events in the hit mobile game that grants players an increased opportunity at capturing the featured Pokemon.

December’s recently concluded Community Day which took place a few days ago, was one of Pokemon Go’s biggest, giving fans a chance at each Pokemon that was previously featured in the event. It ran for two days to give as many trainers as possible the opportunity at participating in the festivities.

Ever since its record-breaking launch in 2016, Pokemon Go has never run out of exclusive events. The game never passes up a chance for celebration, and these typical Community Days are just one of the avenues for festivities.

Recently, the game even celebrated The Game Awards 2020 by flooding itself with Woopers. The adorable amphibian Pokemon were spotted in packs inside the game during the whole duration of the awards show.

As enticing as Wooper is, and as exciting as it was to witness the “Wooper Watch” banners pop up continuously throughout The Game Awards, many fans were underwhelmed by the event. Wooper is not a particularly rare or Powerful Pokemon, and the chance to capture a lot of them wasn’t exciting enough for players.

Hopefully, these unsatisfied fans will get more fun out of the Community Day for January. Pokemon Go Live has announced that the upcoming event will revolve around the little fighting Pokemon, Machop. For the whole duration of the event on January 16, trainers will have a higher chance of encountering the featured Pokemon in the wild and have an opportunity to capture its shiny form as well. 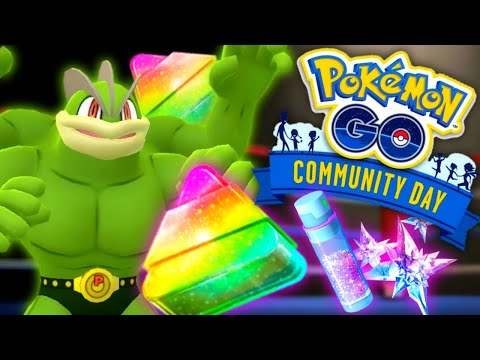 Any player who will evolve Machoke into a Machamp during the event will be ensured to learn the special move, Payback. The developers will also be introducing a new special research task called “Straight to the Top, Machp!” which will be available for purchase at $1, but players who purchase the Kanto Tour will be able to get it for free.

As frustrating as The Game Awards 2020 event was, Pokemon Go must be doing something right. Just a few days ago, it was announced that the game was one of five mobile applications to surpass $1 billion in sales for the year.

It’s shocking to witness a game with such huge mechanics on going outside find success during the lockdowns as a result of the global pandemic but whatever Niantic is doing is working wonders for the game.

Everything You Need To Know About Minecraft Villager Jobs