Undertale’s 5th Anniversary Concert Is Now Up On YouTube 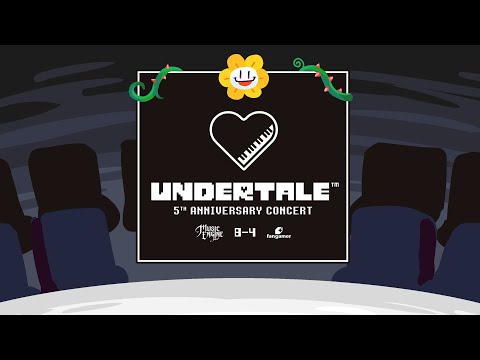 Highly-acclaimed indie RPG Undertale celebrated its 5th anniversary this week, and among the many celebratory festivities was a full orchestral performance of the game’s OST. Of course, given the fact that we are still currently on lockdown due to the coronavirus pandemic, this wasn’t a live concert.

Instead, the orchestral performance that was streamed was a recording from all the way back in May 2019, along with new content. So, if you weren’t able to receive an invitation to the show in Tokyo last year, this is your chance to watch and listen.

Music Engine, a Japanese orchestral group, was the one who performed the concert and they did so wonderfully, might we add. With their permission, the concert was streamed on the official Undertale YouTube channel.

We have to thank Kota Kawai for being the one who arranged Undertale’s original soundtrack for a full-scale orchestra performance. Not only that but Toby Fox – Undertale’s developer/writer/composer – also performed some pieces on the piano.

Undertale’s soundtrack has always been considered a gem by fans and critics alike upon release, with some even going on to say that it played a huge part in the title’s success. As such, it feels very fitting for us to celebrate the game’s 5th birthday with this wonderful concert.

Asides from the streamed performance, Toby Fox also gave us a very detailed progress report on Deltarune, Undertale’s follow-up game. There’s no definite release date yet for Deltarune Chapter 2, but Toby Fox is quite confident that they will be able to release it before 2020 ends.

Prime 1 Studio Reveals Statue of The Witcher 3’s Geralt of Rivia and It’s...