The source code of Watch Dogs Legion has been leaked by hackers, giving the opportunity for modders to start doing their grisly work. It’s a distinctly appropriate outcome for the game, which boasts a powerful focus on hacking during stealth missions to acquire essential data and unlock advantages in combat. The game is also popular because of its one of a kind NPC recruitment gameplay as every single NPC in Watch Dogs Legion can be recruited to the player’s resistance movement and are totally playable.

This aggressive system gathered a lot of attention when the game was revealed. It was certain that this system could make or break a game as it could lead to an exciting open simulation game or an absolutely chaotic one without a cohesive storyline.

Following the game’s launch last October 29, critics’ reviews actually placed Watch Dogs Legion somewhere in the middle. Players have massively enjoyed the game but were partly disappointed by the recruitment system. There isn’t nearly as much depth as one might have expected from the trailers, but it’s still absolutely functional and provides tons of fun.

As players get more indulged in Watch Dogs Legion and its simple handed NPCs, hackers are working nonstop picking the game apart. Reports are emerging that the source code for the game has been leaked online and available to the public.

The file has a size of around 560GB and committed internet pirates can easily download it right now. While the hackers can apparently utilize the code to remove privacy protection and other unfavorable tasks, the more essential result is what this development means for the game modding community. With the source code out in the open, players can begin making all kind of mods to run in the open-world stealth game.

Open world games such as Watch Dogs Legion are always vulnerable targets for the modding community. With such an expansive world with an open-ended progression system, there’s plenty of room to slither any kind of creation wants to have. 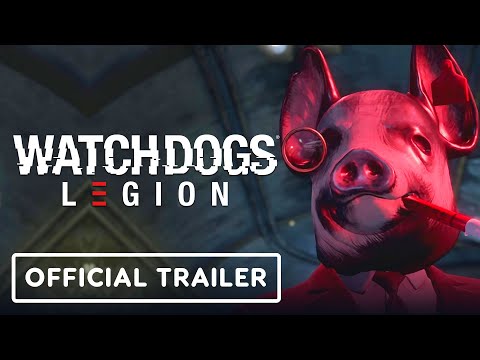 There are only several games that exempt from this, even Legend of Zelda Breath of the Wild has been modded widely, to the point where someone even integrated a playable Mario Kart inside the game. The video game community is filled with deeply innovative and committed fans, and video game modding is just another way for them to express themselves.

Unlawfully hacking a game is surely not to be encouraged. There are several legal and moral problems to be raised with this kind of behavior. However, the open world of London in Watch Dogs Legion could be an exceptional playground for modders.