Cyberpunk 2077 is one of the most highly-anticipated titles to be released this year, and given the fact that the game has finally gone gold after constantly getting delayed, it seems that there’s not much left to reveal.

If you’ve been following Cyberpunk 2077 and its progress, then you know just how many updates and behind-the-curtain glimpses CD Projekt Red has provided to the fans. Excited fans have been receiving teasers after teasers of the upcoming title, and these updates came at a steadier pace the closer it got to the release date.

On one hand, information about Cyberpunk 2077’s gameplay has been scarce, but one thing is for sure: the game will be complex and huge, with fine details and gorgeous visuals implemented into it.

CD Projekt Red has really ensured that the look of the game will be one of its selling points. As you can see in the cutscenes so far, the visuals are crisp, polished, and immersive. In addition to that, the way Cyberpunk 2077 was stylized appears to hit right on the nose, as eager fans can’t get enough of it.

As such, this is most likely the reason why CD Projekt Red released a couple of new screenshots through Cyberpunk 2077’s official Twitter account. The first screenshot showcases North Oak, one of the sites you’ll be able to explore in Night City. 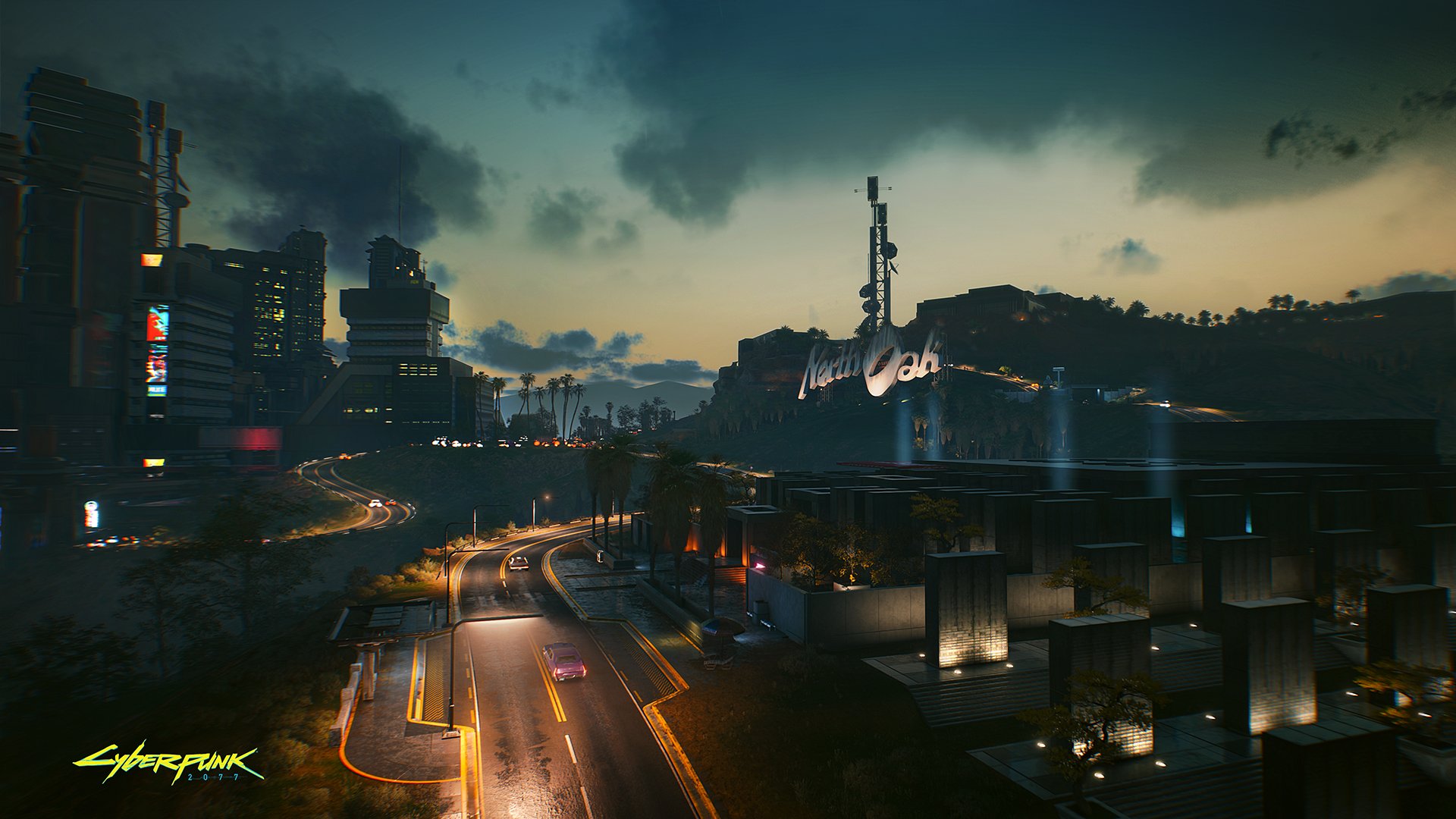 The second screenshot features a first-person perspective in what appears to be a close-combat gunfight. A character, someone we assume to be an enemy, is pointing a gun at the game’s protagonist.

Everything about this screenshot is just absolutely gorgeous — from the bullet’s shell casings soaring through the air, to the enhancements found on the enemy. We can’t clearly pinpoint which Cyberpunk 2077 gang this foe is a part of, but it’s also possible that he’s a Night City police officer.

The only odd part about the screenshot is the gun, as it looks like it has a strange-looking barrel — unless the bullet was about to fly out at the same moment the screenshot was taken. 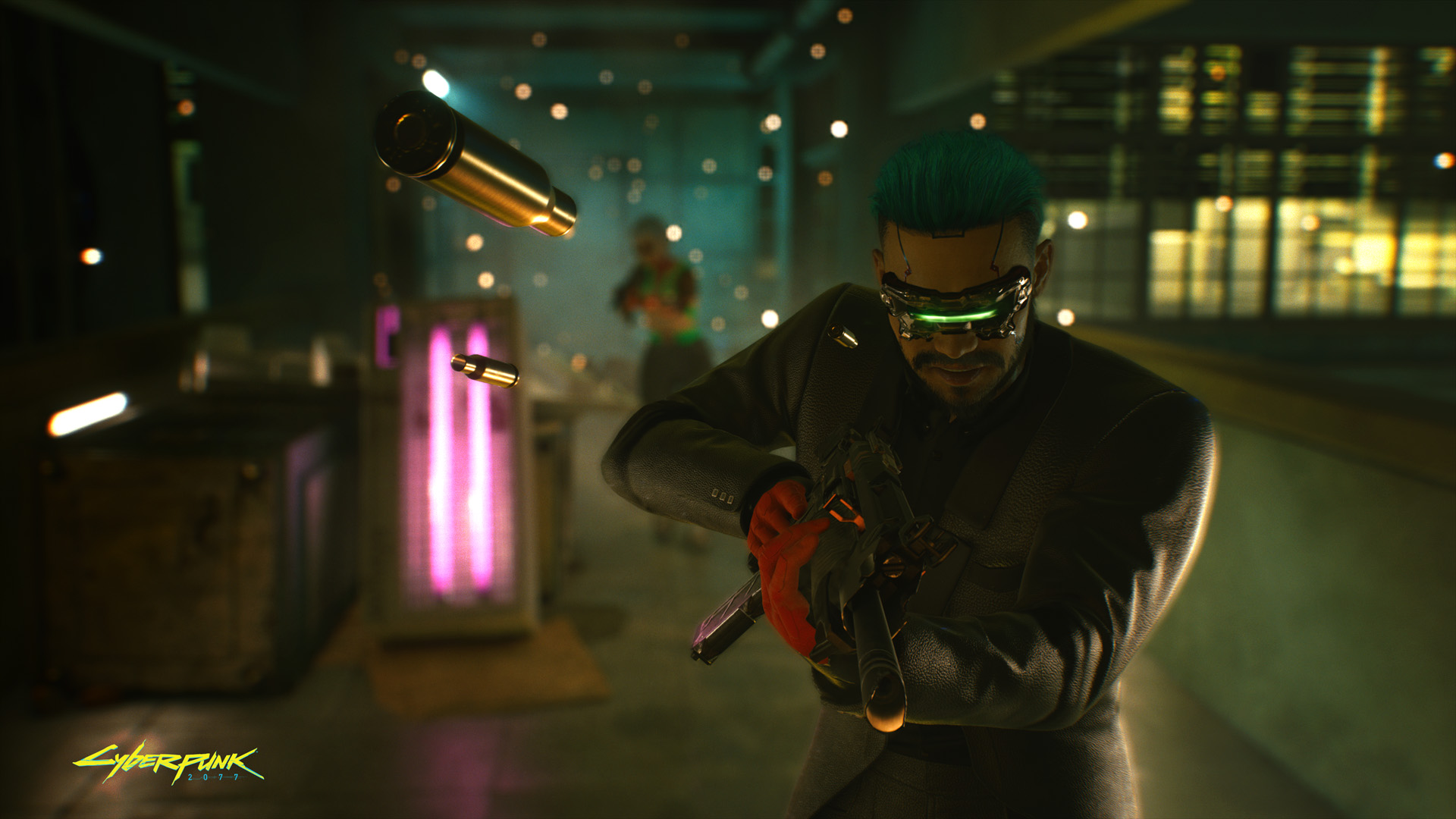 Last but not least, the third screenshot is probably the most interesting one out of the trio. The color scheme of the room where the protagonist is situated is predominantly red, and it’s also in first-person just like the previous image.

The protagonist appears to be facing what we assume could be an assassin that, based on its gear, is funded by the corp. While the assassin is pointing a gun, the protagonist is wielding electrified arm blades that appear built-in and connected to their body. 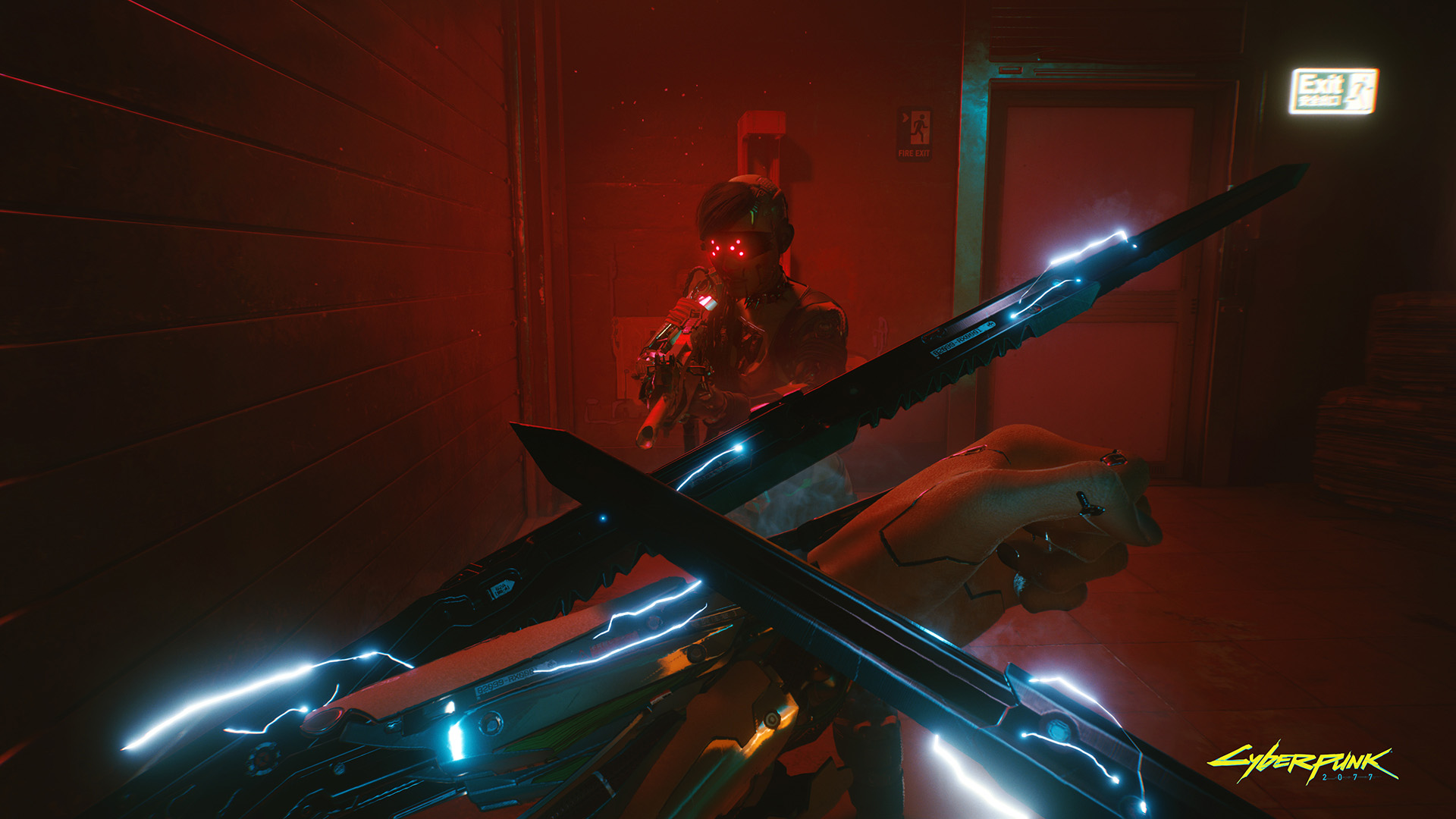 Despite the fact that the mandatory crunch time over at CD Projekt Red’s studio is something that we shouldn’t support, we can clearly see that ensuring that the game turns out to be an impressive piece of work meant a lot to many people.

That being said, we can only hope that Cyberpunk 2077 will be worth the hype and overtime. If you’re interested in playing the game, the action RPG will be available on November 17.